Abstract: The term šibṭu is one of the main words generally translated as “plague” or “epidemic” in cuneiform texts from ancient Mesopotamia. It was used to designate a devastating event afflicting a group of people or animals, and it held a special relation to the war and plague god Erra in his title “lord of šibṭu and slaughter”. Though the word was frequently used in especially the first millennium BCE, its exact nuances are largely unclear. In this talk I will explore šibṭu by examining relevant terminology and assessing how it was averted and experienced in relation to the individual, the house(hold), the city, and the world at large. By focusing on a stimulating group of relevant sources, including the Erra epic, this presentation will outline how people in ancient Assyria and Babylonia conceptualised the devastation called šibṭu.

Abstract: Many scholars have written on the evidence found in Akkadian texts for trade between the Indus Civilisation or Meluḫḫa, during its Urban Phase (2600-1900 BC) and the Gulf, with its two centres at Magan and Dilmun and Mesopotamia. The trade was based mainly on the exportation from the Indus of objects and valuable commodities such as lapis lazuli, tin and gold. What none of these scholars have appreciated is two further aspects of these relations, namely disease and medicine. This paper examines common disease pools that were created by this contact, with infections passing either way, together with their consequences and how medical practice may have similarly been influenced.

Abstract: Epidemics are calamities that have existed since the dawn of time, or at least since mankind gathered in larger or smaller groups. Mesopotamia, the cradle of civilization, experienced and recorded many epidemics. In addition to technical medical texts, other texts give an insight into how the ancients understood and experienced these episodes. This tragedy spread throughout society and was the subject of letters allowing us to enter homes and share in this catastrophe. More generally, we can use other more sophisticated texts such as prayers or more common texts such as almanacs to understand how the elders suffered from these epidemics on a day-to-day basis.

Abstract: In this contribution I discuss the use of the Akkadian terms for being ill (marāṣu), illness (murṣu) and infection (siliʾtu) in medical prescriptions.

Abstract: Within just eighteen years, the Assyrian king Tiglath-pileser III (r. 744–727 BCE) more than doubled the size of his kingdom and created what may arguably be called the world’s first empire. This transformation of the political landscape of Western Asia is all the more astounding if one considers that during the twenty years prior Tiglath-pileser’s reign, Assyria had suffered a multi-front crisis. The Assyrian “megapluvial” had come to an end and a number of epidemics had shaken the kingdom to the core. My presentation provides new data on the period in question and explores how, somewhat paradoxically, the combined climate and health crisis may actually have triggered Assyria’s imperial expansion.

Abstract: ‘Marduk’s Address to the Demons’, the eleventh tablet of the anti-demon ritual Udug-ḫul, contains a litany listing various demons and their nefarious activities. Some are portrayed lurking in extra-urban environments like forests and the steppe, while others prowl in the city streets and sneak into people’s houses, causing disease and death. However, the nature of the urban environment itself could have presented a more immediate danger to the health of its inhabitants, not least because of the threat posed by infection from sewage and household waste.

It is no surprise, then, that this part of Udug-ḫul also describes demons lurking in toilets, sewage outlets, and rivers where people would collect drinking water (XI, section II, 71–80). Demons and other evil or unsavoury elements of society are frequently associated with toilets and rubbish dumps in Mesopotamian literature. This reflects an ever-present fear in the urban environment: the encroachment of public space, with all its dirt, dangers, and liminalities, upon private space, especially one’s home and body. One particularly unusual passage seems to describe the sacrifice and offering of a demon to the river (ibid. 76–78). Is it possible that these cultic metaphors are being employed to describe the dumping of waste in the river? Are the demons therefore being used to ‘materialize’ the contamination and threat of contagion?

In my paper I will attempt to elucidate this passage and will examine more generally how sewage, household waste, and ritually contaminated materials were understood to transmit illness and impurity in Mesopotamia. I will demonstrate how demons could be used to conceptualize contagion, functioning as an aetiology for the spread of illness without the need for germ theory and also providing a target for the treatment and prevention of contagious illness.

Abstract: Demons were recognized as the main causative agents in the transmission and propagation of diseases in Mesopotamia. They were considered responsible also for epidemics (believed to be transmitted by the winds) and several infective diseases that affected not only human beings but also livestock. The demon Asakku, for instance, is among those whose pestilential attacks claimed victims both among humans and among cattle.

Many studies are devoted to the Asakku demon, some of them focusing on the diseases caused in humans by its attacks. In Mesopotamia, indeed, this demon is deemed to be the cause of epilepsy, skin-disease, fever, šanādum-disease, shivers, pestilence and exhaustion, but mostly he is associated with the illnesses di’u and šuruppû (possibly Malaria).

Although the documentation relating to the consequences of the Asakku’s attack on humans is quite substantial, very few studies are dedicated to the death of cattle following the attack of this demon. This is certainly due to the difficulty of recognizing a disease in the veterinary field, due to the fact that cuneiform texts do not describe the symptoms caused in the animal by the attack of a specific demon, but simply say that demon is the cause of its death.

This paper aims at analysing the pathologies caused by a demon attack against both human beings and animals and searching for their correlation.To do this, it has been essential to benefit from the support of a large animal veterinarian and therefore to cross textual data with medical-veterinary and historical-environmental data.

Abstract: I set out to find out if the phenomena which were associated with predictions of pestilence could perhaps tell us something of how the vicissitudes of rampant disease was perceived. In omen apodoses, epidemic disease is often referred to as Nergal or Erra devouring, or simply as ukultu, fodder. Sometimes the more technical term mutānu, literally “deaths”, is used.Across the divination disciplines, the link between protasis and apodosis can be of many kinds – play on words, analogy, contrast, symbolical, metaphorical, schematic. Sometimes the connection between the two parts of an omen is based on cultural values, occasionally on observation. In some of the omen series the link is relatively easy to identify and understand, in others it escapes us. Based on the premise that there is indeed a meaningful link, that protases and apodoses were not juxtaposed haphazardly, we must assume that the two parts of an omen can tell us something about each other. Apotropaic rituals are the complementary tool of unprovoked divination, perhaps they too can illuminate the semantic range of Nergal’s frenzied attack on mankind?  Apodoses mentioning epidemics belong among the so-called stock apodoses which can be found in almost all divination disciplines, and accordingly I have surveyed them all. I certainly do not claim this survey to be in any way complete, but I have looked through most of the published omen texts and collected examples. As expected, only a vague picture seems to emerge of what kind of phenomena were associated with the devouring gods, among them water.

Abstract: Marduk is the hero who defeated the forces of chaos and supervised man’s creation.  And, from the prayers dedicated to him, we know that this divinity was treated almost as a personal god; if you had a good relationship with him, he was literally “your Marduk”.  Nergal on the other hand, was the Netherworld lord whom the inhabitants of Kutha were crazy enough to worship.  A nasty type who caused plagues, literally eating those who died, Nergal is the god whom you imagine, like ancient Greek Ares, as chained to the walls of his temple.  And, as we shall see, you would be completely wrong, and on both counts. 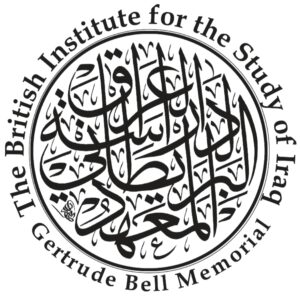 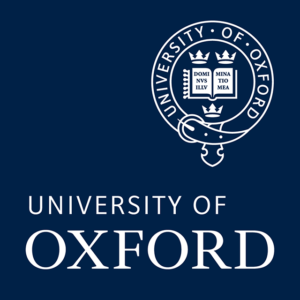